Waldmann, Wimmer and Fischer join a host of past champions singed-up to race fiery 500cc Grand Prix bikes in Germany on 10-12 June

Following a hugely successful first event at Jerez last year, World GP Bike Legends is back for 2016 and the iconic bikes and riders from the golden age of Grand Prix motorcycle racing will do battle at the challenging Sachsenring – home to the German round of the current MotoGP World Championship.

The fearsome 500cc two-stroke machines from 1976-2002 they will be riding will be sharing the spotlight, and the bikes already scheduled to race include:

Australia’s first premier class World Champion Wayne Gardner said “Sachsenring is a really fantastic circuit, and coupled with these wild and crazy bikes there’s sure to be some great close racing. As well as securing all these great bikes, we are also delighted to be announcing that superstars from Germany and elsewhere in continental Europe will be joining us. Their presence will certainly add even more to what’s already a truly spectacular show.”

For fans unable to make it to the Sachsenring, a number of ex GP stars and their superfast machines will be returning to one of the fastest tracks for display race at the annual three-day Silverstone Classic (29-31 July). 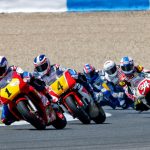 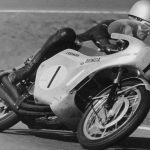