In addition to GP racing, Redman also won 6 titles in the Isle of Man TT 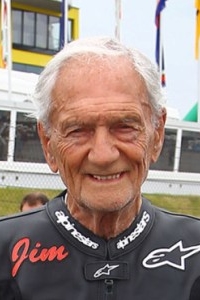