Van den Goorbergh was the winner of the Dutch 250cc road racing national championship in 1991 and subsequently began his Grand Prix career in the 250cc class. Jurgen moved to 500cc from 1999 racing for the Kenny Roberts Proton Team.

In 2003 he joined the Supersport World Championship. 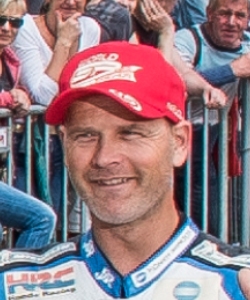